Legendary, Tech class hero. He was added to the game on July 2, 2019. Despite being the main antagonist of Injustice 2, Brainiac has yet to appear in the mobile version Story Mode. Brainiac Also can be unlocked when you have completed the story mode.

Brainiac passive 1 Cap's damage for himself and legendary Teammates any damage doesn't go any higher in additions Brainiac's passive 2 Grants legendary and summoned heroes increase attack, health and lethal damage making him a good support hero for legendry's. Brainiac's passive 3 hacks knocked out hero's and makes them fight for his team.

paring with Black Manta since his passive makes it so every special abilities used by Black manta or Legendary hero's inflict DoT damage and adds a healing block which the Dot Damage is a percent of Black mantas Attack. as well as second passive Black manta Suit when black manta or legendary allies block a special ability there

Brainiac hacks ko'd hero's and makes them fight for his team pair Brainiac with collector of worlds superman , Darksied and last laugh the joker. if the hacked hero's take damaged or KO'd they would heal Darksied and Collector of worlds superman and KO'd hero's would give damage to Darksied and last laugh the joker since both Last Laugh The Joke and Darksied's Passive when ever anybody on any team gets knocked outs they gain damage for the rest of the battle. 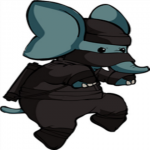